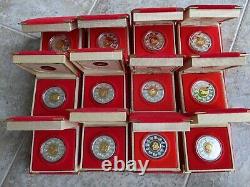 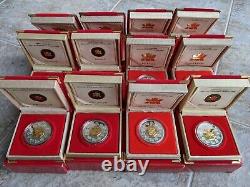 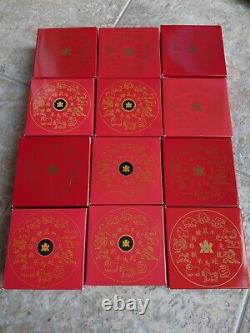 Centuries ago, the Chinese invented a calendar based on the lunar - rather than the solar - cycle. In 1998, the Royal Canadian Mint, inaugurated a remarkable series of coins featuring the animal symbols of Chinese astrology based on the Lunar Calendar.

These symbols roughly approximate the signs of the zodiac in western culture, however, denote years instead of months. All 12 of the Lunar animals - the Rat, the Ox, the Tiger, the Rabbit, the Dragon, the Snake, the Horse, the Sheep, the Monkey, the Rooster, the Dog, and the Pig - appear in a circular arrangement around the rim of each coin, with a different animal highlighted each year in a central cameo. With an outer red box displaying the different Lunar animals.

This item can be shipped to Canada, United States.