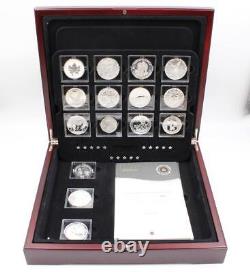 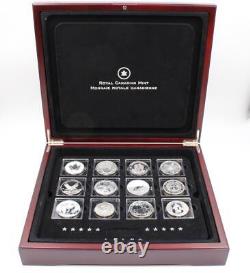 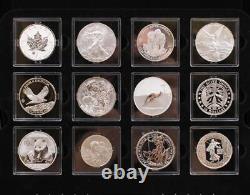 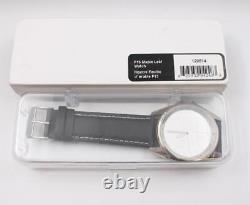 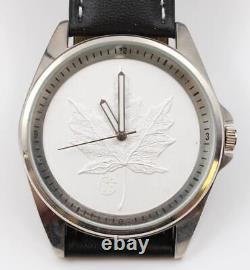 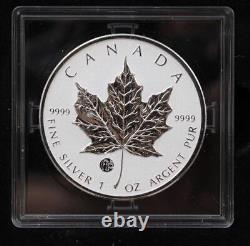 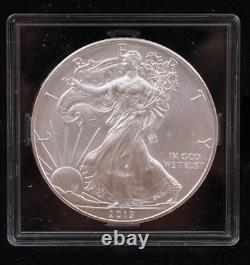 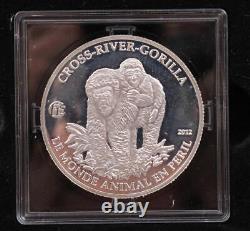 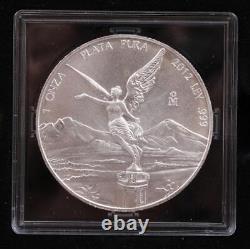 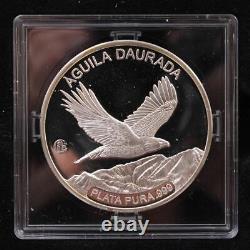 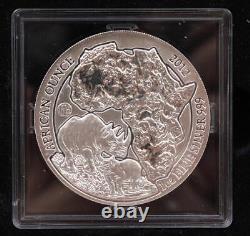 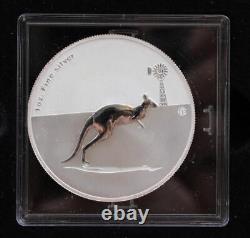 The complete Fabulous 15 set of "the World's Most Famous Coins" is limited to a mintage of just 10,000 and comes complete in an elegant presentation case. These classic international coins are distinguished by their high collectibility and rarity.

All coins in this collection have been minted from precious silver. Coins Include: Canada: "The Maple Leaf" The Canadian "Maple Leaf" is one of the most famous silver coins in the world. Issued by the Royal Canadian Mint, it depicts Canada's national symbol - the maple leaf.

Below the Maple Leaf, the "f15" logo identifies this coin as a member of the unique "Fabulous 15" collection. The obverse depicts the effigy of Her Majesty, Queen Elizabeth II. The design conveys with a richness of detail the golden eagle as it circles majestically over the Pyrenees, This special coin also bears the exclusive "f15" privy mark. The flying golden eagle makes a particularly strong impression in matte relief against a brilliant background.

Only the highest minting quality makes this effect possible on a proof coin. Armenia: "Noah's Ark" The story comes from the Book of Genesis, where the book tells us that God saw men on earth becoming corrupt and wicked and decided to destroy all mankind, as He did not want a world filled with cruel beings. Noah was instructed to build a very large ark, and was told to take his family, a male and female of every animal, and enough food for all passengers of this very large ark. For forty days and nights, it rained until all of earth was flooded.

As the water began to retreat, Noah's ark came to rest upon the mountains of Ararat. Once the lands dried, God told Noah to lead his family and the animals out of the ark. Many animals call Australia their home, but only very few, including the koala, have a distinct reputation of being Australia's iconic animals. Though it's commonly known as a "Koala Bear", it is in fact not a bear, but a marsupial. They use their pouches to carry their babies until they are old enough to ride on their mother's back.

These solitary animals can be found in coastal eastern Australia where they spend their days lounging in eucalyptus trees sleeping for up to 18 hours a day. Koalas are quite lazy during the day and usually eat and become more active at night. Australia: "Kangaroo in the Outback".

This design features the famous Austalian kangaroo, ready to bound away into the outback. The stark background epitomizes the raw beauty and the solitude of the Australian outback.

Weighing in at a full ounce of fine silver, this beautiful coin also bears the "f15" privy mark, confirming there are only 10,000 issues of this coin worldwide. The "Vienna Philharmonic" silver coin is the first silver bullion coin with a face value in Euro currency. Since its introduction in 2008, it has become one of the most successful silver bullion coins in the world. On the obverse, the motif depicts the organ of the Vienna Concert Hall, while the reverse shows eight other instruments of the world-renowned orchestra.

The Cross River Gorilla is the most endangered African ape. Once thought to be extinct, this unique subspecies of gorilla was rediscovered in the 1980s.

Illegal hunting and habitat loss threaten the future of these gorillas. Until recently, many Cross River Gorillas lived outside of protected areas, where they were highly vulnerable to poaching.

Estimated to number at fewer than 300, this critically endangered species depends on conservation efforts and law enforcement for its survival. Since 1993, the People's Bank of China has issued the "Panda" silver coin with a different representation of the rare panda each year. This coin is distinguished by the traditional filigree motifs of Chinese commemorative coins.

The reverse depicts the Palace of Heavenly Peace in Beijing. One of the most significant deities of Maori (New Zealand's aboriginal population), Tangaroa, the god of the sea, is the son of divine parents, the celestial father and the earth mother. The relationship between Tangaroa and his brother Tane, the god of the forest is characterized by much rivalry and power struggles.

Land and sea are viewed as opposing forces, so much so that the flowers of Tangaroa make a generous offering to their god to ensure their safety before setting out to sea for fishing or travel. The Sower first graced French coins in 1898, in the midst of the golden period known as the Belle Epoque ("Beautiful Era"). She was created by Louis-Oscar Roty, one of the most celebrated medalists of the Art Nouveau period. The Sower became a much loved figure of French coinage, featuring on the fifty centimes coin and on the one, two and five franc pieces until 2001. She is believed to be the inspiration for several classic American coin deigns, including the famous "Walking Liberty". This timeless symbol of French currency is found on the obverse of this special coin, encircled by 12 stars representing the 12 founding countries of the eurozone. Since 1997, the United Kingdom has issued the "Britannia, " an international award-winning silver bullion coin. The 2012 coin depicts a superbly designed portrait of Britannia - an enduring symbol of the United Kingdom, with helmet and wind-swept hair. The "Libertad" silver bullion coin from Mexico is among the most beautiful and fascinating silver coins of the world. It presents Libertad, the goddess of victory, in front of the twin volcanoes Popocatepetl and Iztaccihuatl. The reverse features Mexico's current coat of arms surrounded by its ten predecessors. Republic of Rwanda: "African Silver Ounce". Today there are five species of rhinos still in existence and two of them (black and white rhinos) live in Africa.

Three of the five surviving rhino species are critically endangered. During the last century, the black rhino has suffered the most significant decline.

Between 1970 and 1992, the population of this species decreased by 96%. There have been intensive anti-poaching efforts made since 1996 and there are some encouraging results. The reverse of this coin features a rhino mother with her calf, encircled by an outlie of Africa and bears the exclusive "f15" privy mark.

South Africa: "Walter & Albertina Sisulu". Born only miles apart, Walter Sisulu and Albertina Thethive went on from these humble beginnings to become two of South Africa's most respected and beloved figures. For over five decades they were at the forefront of the struggle against apartheid. Their life together was marked by frequent arrests and detentions as Walter Sisulu led campaigns to defy apartheid laws. Albertina had little interest in politics when she met Walter, but she plunged wholeheartedly into the liberation struggle and emerged from years of detention, bans and arrests as a major political figure in her own right.

They reunited only after the ban on liberation movements was lifted in 1990, several months after Walter was released from Robben Island. The sterling silver coin portrays the love these two had for one another. Featuring South Africa's most beloved couple, the coin also bears a quotation from Albertina Sisulu, which was read at Walter's funeral: Walter, what would I do without you? It was for you who I woke up in the morning, it was for you who I lived...

United States of America: "Silver Eagle". Since its initial minting in 1986, the "Silver Eagle" remains the largest and heaviest silver coin of the United States. It's motif is magnificent, making it one of the most coveted silver bullion coins in the world. The obverse depicts the goddess Liberty striding toward the rising sun.

PLEASE DO NOT SEND US A MESSAGE STATING THIS, WE KNOW. All images are for the actual item being auctioned unless otherwise stated. Some mint products may have stock images. Item's Condition- Please see photos for condition.

If you have any concerns regarding an items condition please ask prior to purchasing the item. Our expert staff have over 40+ years experience in the business.

Our grades are the opinion of our knowledgeable staff. These grades are for a reference base for our customers only and we have graded these coins to the best of our ability. Other graders opinions may differ from ours, as they would with many other professional dealers. If the coins are sent into a grading service they maybe be subject to a higher or lower grade than that of what we have advertised as that would be the opinion of the particular grader grading the coin/banknote and we are not responsible for individual opinions/standards of other graders or companies. We do stand by our grading and offer our grades as an honest opinion to the best of our professional ability. Mint Products- Some mint products may have stock images. Some products may be in original mint state/still sealed in mint packaging or shrink wrap as issued by the mint, however not all items will be. This will be noted in the description. Please do not message us requesting that we do.

Auctiva offers Free Image Hosting and Editing. This item is in the category "Coins & Paper Money\Bullion\Silver\Coins". The seller is "vancouvercoin" and is located in this country: CA. This item can be shipped worldwide.