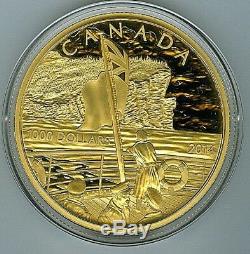 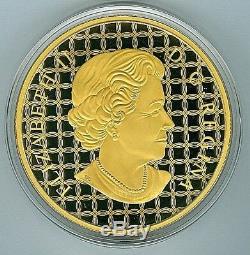 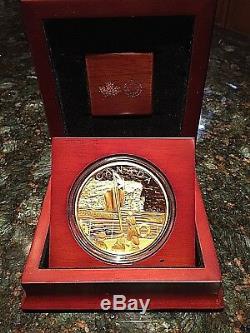 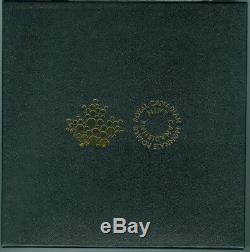 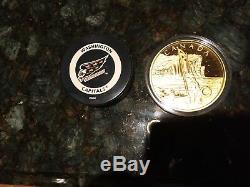 100th Anniversary of the Declaration. Of the First World War. During the First World War, the final view that tens of thousands of soldiers had after leaving port in the city of Québec was the soaring cliffs of the Gaspe Peninsula.

A similar sight awaited those who departed from Halifax (Nova Scotia); they too would watch Canadas rugged coastline disappear behind the horizon. Would they ever see their loved ones again? One can only guess the thoughts that percolated in the soldiers minds as they crossed the Atlantic Ocean. Britain had declared war on Germany on August 4, 1914, and by October, the largest convoy Canada had ever seen was on its way. This coin captures the scene that played out on countless ships as they headed to sea.

Its design lures the viewer in to experience firsthand a scene that touches the heart as much today as it did 100 years ago. A commemoration of the 100th anniversary of the declaration of the First World Waran international conflict which would set the scene for countless stories of tragedy, courage and triumph. These helped shape Canadas international reputation, and would ultimately result in its coming of age as a nation. The design commemorates the 100th anniversary of the declaration of the First World War. The reverse image is an emotional tribute to those who left their homelandand their loved onesto serve as part of the First Contingent of the Canadian Expeditionary Force. A rear view offers viewers the same sights as the pensive soldier, thereby immersing them in the moment as though they, too, were peering at their homeland for what could be the last time. Beautiful wooden case, unique way of displaying your coin push down on the coin causes a spring loaded mechanism to flip the coin up for you to display and enjoy!

Your coin is GST/HST exempt with a limited worldwide mintage of only 40. This coin captures a poignant moment as a departing soldier takes one last look at the Canadian coastline. It is October 1914 and the SS Megantic is among the ships transporting the first Canadian troops to British soil in the early days of the First World War. One soldier is leaning against the sterns guard rail, his back momentarily turned on his shipmates who have gathered on the deck.

Sadly, this sight would prove to be the last glimpse of Canada for many of its brave soldiers, whose personal sacrifices during the war would do much to shape the nation. Your coin is presented in a Royal Canadian Mint-maple presentation case with a black beauty box.

Yves Bérubé (reverse), Susanna Blunt (obverse). This pure gold coin is huge, larger than a hockey puck. The photos don't do it justice.