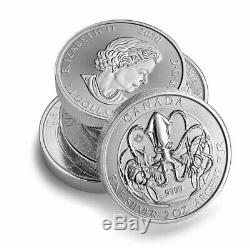 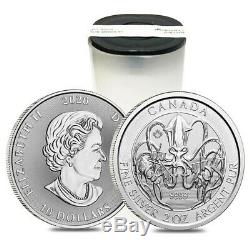 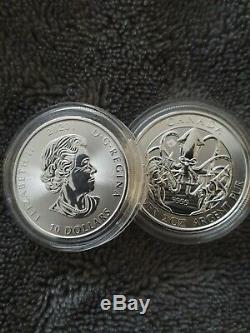 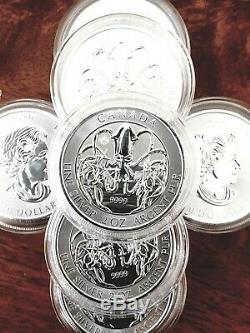 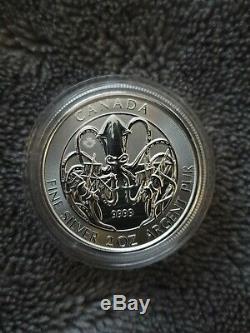 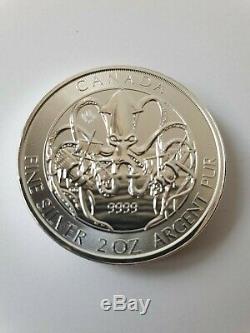 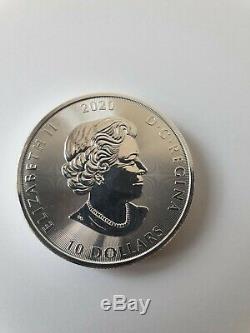 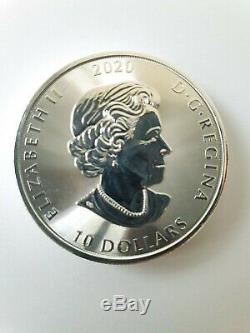 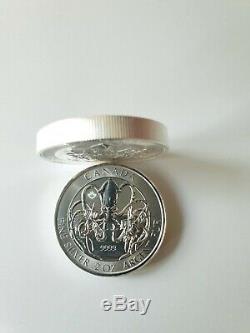 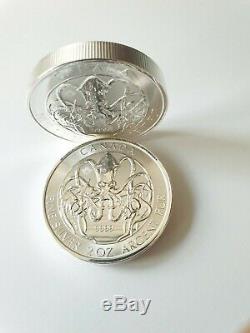 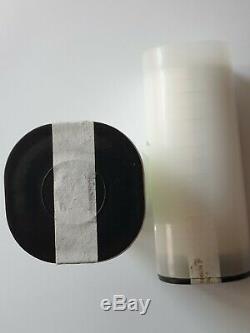 2020 Kraken Royal Canadian Creatures of the North 2 oz Silver New Coin unc.. KRAKEN 2OZ SILVER BULLION COIN. The 2020 Canadian The Kraken 2oz Silver Bullion Coin comes in a brand new coin capsule. Humanity's lack of knowledge and understanding for the world around it in ancient times often lead to the creation of fanciful creatures and deities to explain that which the mind could not reason with. One of the most famous creatures of the ancient world was the Kraken. Though it first originated in Scandinavian mythology in the 13th century as a beast lurking deep beneath the North Sea, its reach became far greater over the next 500 years. By 1555, the Kraken was a horror story shared by sailors across the European continent and could be found on maps of the globe in such places as New Zealand and South Africa.

Sightings of the Kraken around Canada date to the 1700s with most reports placing the beasts in the waters off Newfoundland and Labrador. What was believed as a mythical fear became a real-life nightmare when a squid measuring 55 feet in length washed up on the shores of Glovers Harbor in Newfoundland in 1878.