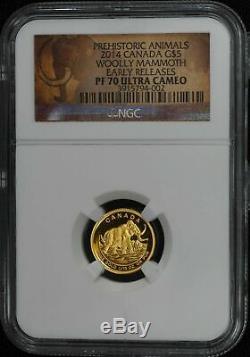 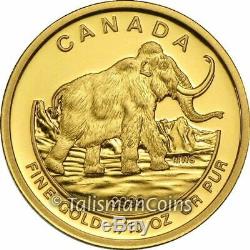 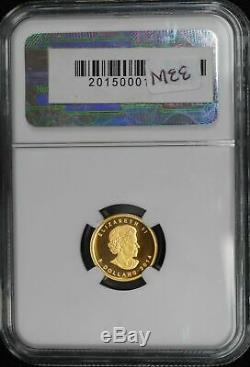 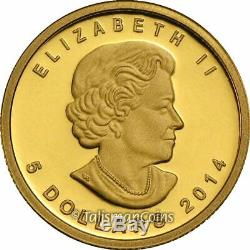 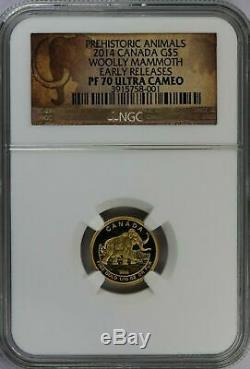 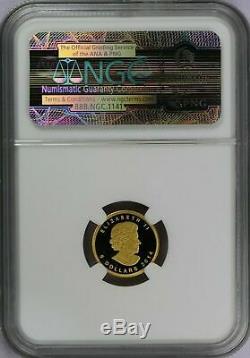 Get the FIRST in the popular and sought-after Prehistoric Animals Series of extinct Ice Age beasts! A masterwork of prehistoric fine art, get this dramatic scene of a huge adult Woolly Mammoth, raising its tusks and trumpeting, rendered in one-tenth troy ounce of pure gold on this meticulously engraved proof beauty! Talisman Coins is proud to bring you this very affordable, one-tenth troy ounce pure gold proof - your opportunity to own a prehistoric Woolly Mammoth! Despite the its extinction between 3,500 and 10,000 years ago (depending upon location), the woolly mammoth continues to inspire and intrigue many who identify it with the last Ice Age. Paleontologists and geneticists have even decoded a large part of their DNA!

It is amazing to contemplate that early humans in Europe and Asia observed these elephantine giants firsthand, and drew them in their cave paintings! This beautifully crafted coin offers a privileged glimpse in North America's prehistoric Pleistocene era by showcasing this massive beast in stunning detail. We have more than one of these, so NGC certification/serial number will vary.

An Original Work of Art. Canadian artist Michael Skrepnik has crafted a heart-stopping side view of an Ice Age prehistoric woolly mammoth, allowing the viewer to get a close glimpse at some of the animals unique features (as verified by paleontologists from the Royal Tyrrell Museum of Paleontology).

With its head raised, the mammoths trunk is outstretched between its famously long, curved tusks. The thick, coarse fur that enables it to survive the colder temperatures is shorter here, reflecting the molting that scientists believe took place in the early summer. The mammoths extra hump of fat is seen over the shoulders and are in the background, the low grasses and gentle sloping hills of the mammoths habitat stretches past the images outer rim on both sides. The pose highlights the imposing stature of the mammoth, and the natural beauty of its tusks, which could grow to 13 feet (4 meters) long!

This finely detailed portrayal has been selectively frosted to enhance the soft natural texture of the fur, and accent its smooth, curved tusks. Unmatched detail has been achieved through the technically demanding application of multiple finishes: highlights shine and shadows deepen while the depth and texture of the landscape and the wooly mammoths physical features are enhanced.

If there was ever an animal deserving of the title "King of the Ice Age", it would be the woolly mammoth. This massive herbivore roamed the frozen landscape for millennia, and was particularly well-suited to the conditions it encountered. Its large size, two coats of hair.

(outer guard hair and an undercoat of fine wool), and thick layer of fat all helped at heat retention. Its large, curved tusks often show significant wear on the underside, suggesting that the mammoth used them as plows to clear snow and ice off of grasses, its chief food source. In 2007 an impeccably preserved juvenile, six months old at the time of its demise, was discovered in arctic Russia and transferred to Japan for study.

The Lore of the Mammoth. Perhaps no other animal sparks the imagination as the Ice Age prehistoric woolly mammoth, a mysterious creature of myth and legend. Here are a few of the intriguing stories about this great beast. The last mammoths on earth lived on remote Wrangel Island, north of Siberia in the Arctic Ocean.

Over time these mammoths became smaller and smaller, a result of living on the island, until they were only about four feet tall. This relict population survived until about 1700 B. That is, into historical times, and were contemporaneous with the building of the Egyptian pyramids!

Another dwarf version of the mammoth once lived on the Channel Islands off of the coast of southern California (including Santa Catalina Island), and are believed to have died out about 10,000 BC. Scientists are hard at work mapping the genetic code of the mammoth, in what is seen as a preliminary step toward possibly bringing it back from extinction.

Perhaps the greatest mystery is why the mammoth died out in the first place. A deadly pandemic or disease? Some other event that caused mass extinction?

Or perhaps most likely, a combination of two or more factors? The Royal Canadian Mint refines the purest gold in the world. This one-tenth ounce gold coin is 99.99% pure! No other mint in the world refines or issues a purer gold coin though the Royal Canadian Mint itself does refine and mint coins of 5 9s or 99.999% purity, its famed. Canadian artist Michael Skrepnik has crafted a heart-stopping frontal view of a woolly mammoth. The artistry is so subtle and intricate that the individual hairs on the mammoth can be clearly distinguished.

The traditional-style engraving has produced a magnificent work of beauty. The legend 9999 FINE GOLD 1/10 OZ guarantees the purity and weight.

Her Majesty, Queen Elizabeth II, in profile facing right. This portrait, the fourth effigy of the queen to appear on Canadian coinage, was executed by the artist Susanna Blunt.

The coin is encapsulated inside a burgundy leatherette, clamshell-style presentation case, lined with black velvet and protected by a full color outer box. An individually-numbered certificate of authenticity is included.

The item "Canada 2014 Woolly Mammoth Prehistoric $5 1/10 Oz Pure Gold Proof NGC PF70 UC ER" is in sale since Friday, January 31, 2020. This item is in the category "Coins & Paper Money\Coins\ Canada\Commemorative". The seller is "talismancoins" and is located in Saint Louis, Missouri. This item can be shipped worldwide.