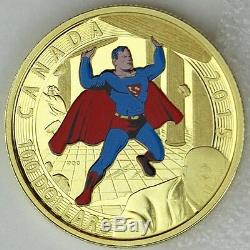 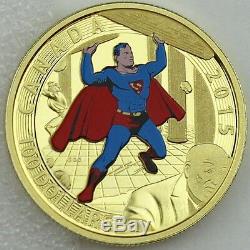 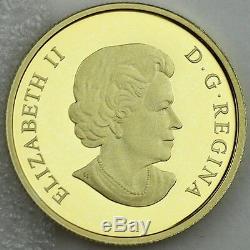 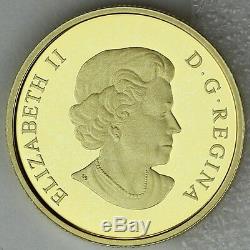 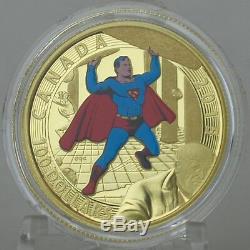 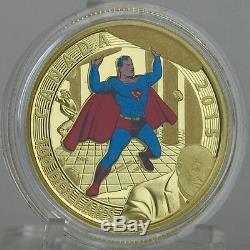 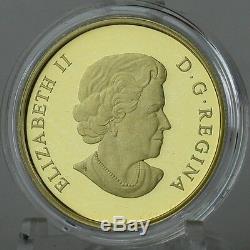 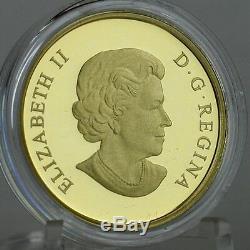 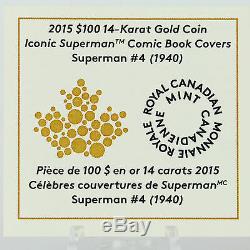 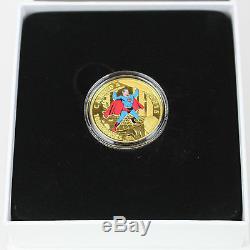 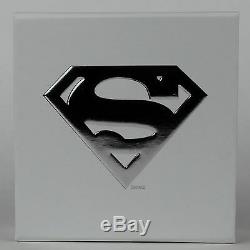 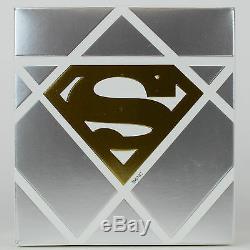 Iconic Superman Comic Book Covers Series - All coins offered in this listing are unsearched! All of our Canadian coins are stored in a climate controlled, smoke-free vault.

All of our Canadian coins are acquired directly from the Royal Canadian Mint - We do not sell'second-hand' coins from unreliable and potentially fraudulent sources. Composition - 14-karat gold (58.33% gold, balance silver). Finish - proof with Color.

Certificate - serialized (serial numbers will vary). Face value - 100-dollars (a legal tender Canadian coin). Superman comes to the rescue in the issue's first story, Superman versus Luthor , after Metropolis is rocked by its first ever earthquake! After Superman helps with rescue efforts, Clark Kent discovers that a powerful new laser weapon that is coveted by none other than his nemesis, Luthor, caused the tremor. The evil mastermind challenges Superman to a battle that pits our hero's Kryptonian powers against Luthor's scientific weaponry: if Superman wins, Luthor will admit defeat but if Superman loses, the caped hero must retire from his crime-fighting ways.

Superman then performs incredible feats including outpacing super-speed planes, leaping high beyond the stratosphere, even surviving an exploding grenade. But the contest turns out to merely be a distraction, allowing Luthor's henchman to steal the device. Will Superman be able to find Luthor and retrieve the laser before it can cause more destruction? It just might take another incredible feat of strength to save the day.

Then submit them to be graded, certified, and slabbed by PCGS, NGC, ANACS, etc. The coins that they sell in original U. Mint packaging may be only the lesser quality coins.

Clark's workplace, previously identified as The Daily Star, is now referred to as The Daily Planet. Lex Luthor, Superman's second recurring nemesis, was first introduced in 1940; he is presented as an evil genius that hails from a floating city suspended by a dirigible. In this issue and Luthor's other appearance that same year in Action Comics #23 , Luthor sports a full head of red hair! Superman is a "pillar" of strength for a devastated Metropolis in this recreation of the cover of Superman #4 , which was published in early 1940.

A gold coin for a Golden Age Superman! Meticulous engraving replicates the finer details of the original artwork, while brilliant colour infuses the reverse with energy and helps recreate the comic's look and feel.

Advanced engraving techniques are used to frame the image within a series of concentric circles to create added depth and motion to the design. Brilliant color infuses the reverse with energy while replicating the look and feel of the original artwork. For our Canadian customers, this coin is GST/HST exempt!

As seen on the iconic cover of Superman #4 (1940), the reverse image features Superman performing an impressive feat of strength. Wearing his blue and red uniform with the original iconic'S' shield, Superman responds to chaos in Metropolis by hoisting a building's crumbling pillars above his head as citizens scramble around him to find safety. The striking image is a telling showcase of Superman's incredible powers and is brought to life through finely detailed engraving and vibrant color. A series of concentric circles frame the reverse, adding depth to the overall design and creating the illusion that Superman is poised to step out of the coin, while the circled rim includes the engraved face value "100 DOLLARS", the word "CANADA" and the year "2015". Each coin is encapsulated and presented in a Royal Canadian Mint-branded custom paperboard box.