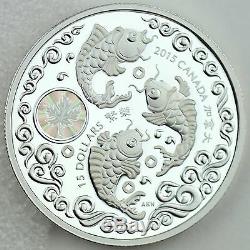 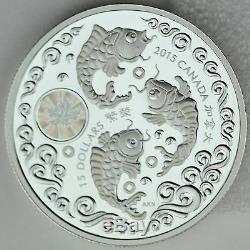 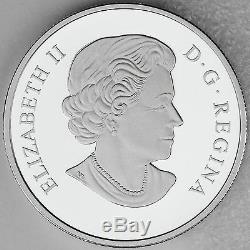 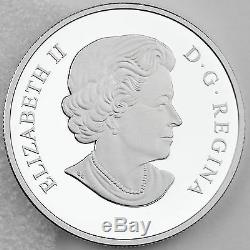 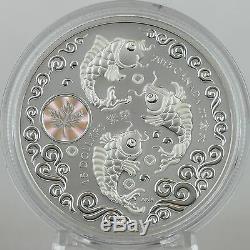 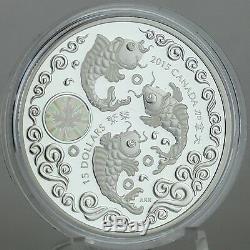 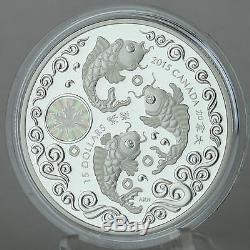 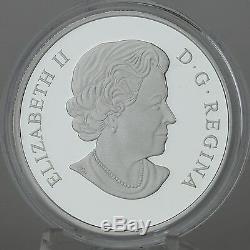 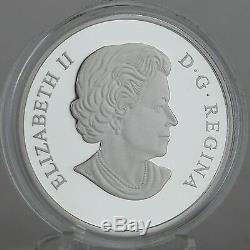 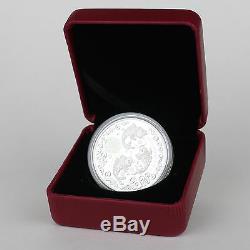 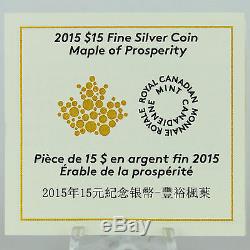 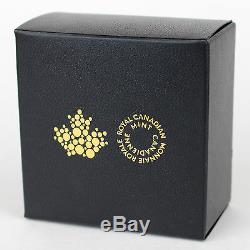 Artists - Albert Ng (reverse), Susanna Blunt (obverse). Symbolism is an inherent part of Chinese culture, both in the written and spoken language. While many of its modern characters serve as visual symbols of their own, the playful use of phonetics and puns bring added meaning and imagery to each message conveyed; such is the case with this intricate coin, which conveys a blessing of prosperity upon its owner. Along with luck and longevity, traditional Chinese beliefs hold that prosperity is one of lifes greatest blessings and a cornerstone for the ideal life. This design artfully brings together detailed visual symbols and popular wordplay in an expressed wish for abundance.

Fish have long represented abundance or surplus due to their similarly pronounced characters; and as a prolific producer of eggs, the carp is a particularly auspicious symbol with its characters pronunciation resembling that of profit and power. In a lucky grouping of three, carp are beautifully depicted on your coins reverse as they jump out of the water (in itself symbolic of continuous abundance), which is represented by a repetitive pattern of rippling water that frames the reverse image. This thoughtful, intricate design by Canadian artist Albert Ng expresses the notion of gaining profits in succession and also features a beautiful hologram of a maple leaf that celebrates Canadas Chinese communities. This fine silver coin is the seventh in the Royal Canadian Mints popular series of Asian-inspired coins that bear a hologram of a maple leaf in a celebration of the traditional culture of Canadas Chinese community.

Crafted in 99.99% pure silver and rendered with finely detailed engraving, this coins design by artist Albert Ng, a recipient of the Order of Ontario, is further enhanced by the use of multiple finishes. Mintage has been limited to 8,888 coins worldwidesymbolic in itself since the number 8 is considered the luckiest of numbers in Chinese tradition. Makes a stunning addition to any Asian-inspired collection, and is a meaningful gift that conveys a sincere wish for success to its recipient. For our Canadian customers, this coin is GST/HST exempt.

The reverse design by Canadian artist Albert Ng is a popular arrangement of elements that convey a blessing for prosperity. Fish have long represented abundance/surplus due to the similarity in the pronunciation of their Chinese characters.

Carp is a particularly auspicious symbol as well, both for its reputation as a prolific producer of eggs as well as its symbols similar pronunciation to the characters for profit and power. In a lucky grouping of three, the carp are seen jumping out of the water (in itself symbolic of continuous abundance), which is represented by a repetitive pattern of rippling water that frames the reverse image. This thoughtful, intricate design represents gaining profits in succession.

Fish are a symbol of fertility but the pronunciation of its Chinese symbol sounds similar to plentiful or abundant, making it one of the most popular symbols for wealth and prosperity in Chinese culture. Carp symbolize longevity because of their lifespan, and are commonly depicted with large scales that bear a resemblance to the skin of a dragon, which is one of the most revered symbols. Water is another symbol of continuous abundance and is regarded as a bringer of life. A red maple leaf carries special meaning in Chinese folklore as a symbol for fall; it can also represent a persons happiness in relation to where they live and work, which is a wonderful way to view Canadas national emblem and flag on its 50th anniversary. The Chinese word for maple is also pronounced exactly the same as the word for abundance, in both Mandarin and Cantonese dialects. Each coin is encapsulated and presented in a Royal Canadian Mint-branded maroon clamshell case protected by a black beauty box. Check out my other items. Be sure to add me to your favorites list. Unsearched All of the coins offered in this listing are unsearched. Many coin dealers search all coins when they are received from the Mint. They "cherry-pick" the best coins. Then submit them to be graded, certified, and slabbed by PCGS, NGC, ANACS, etc. When a dealer searches coins, those that they sell in original Mint packaging are only lesser quality coins. Photos: When a listing offers multiples of the same coin, one coin is picked at random and photographed. Since all coins offered in that listing are essentially identical, the coin photographed is representative of all coins offered. Surface areas that appear black on some proof coin photos are actually highly polished, mirror-bright metal reflecting the color of the camera. We often include proof coin photos with the coin slightly tilted to better depict the mirror bright surfaces. However, tilting the coin may resulting one side being slightly out of focus.

We will honor your requests for additional photos as quickly as our schedule permits. The item "Canada 2015 $15 Maple of Prosperity 1 oz. 99.99% Pure Silver Hologram Proof Coin" is in sale since Wednesday, May 13, 2015.