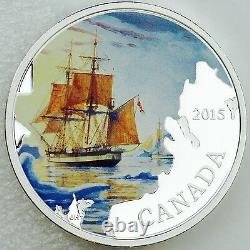 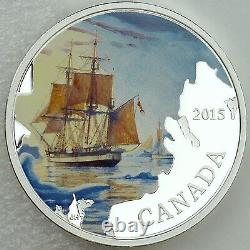 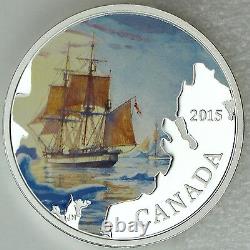 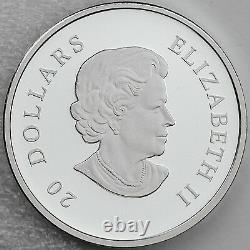 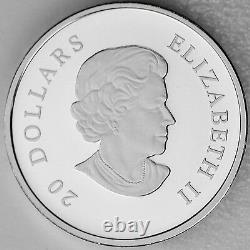 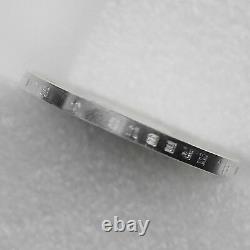 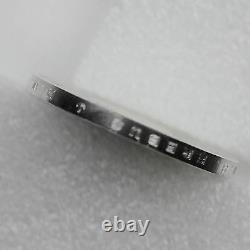 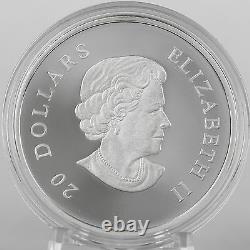 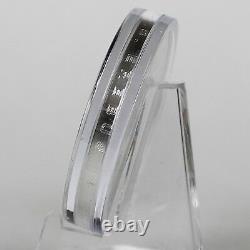 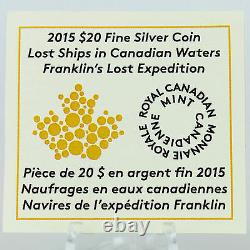 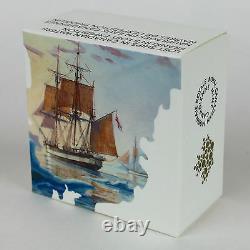 Face value - 20 dollars (a legal tender Canadian coin). Artists - John Horton (reverse), Susanna Blunt (obverse). All coins offered in this listing are unsearched! All of our Canadian coins are acquired directly from the Royal Canadian Mint - The counterfeiting of numismatic coins, and the sale of stolen coins, are serious problems for coin collectors and dealers. Unlike many other coin dealers.

To protect against these risks, we do not sell'second-hand' coins. All of our Canadian coins are stored in a climate controlled, smoke-free vault. We use real photos of actual coins. It was the sensational story of its time, one that still captivates the imagination 170 years later. Under Sir John Franklin's command, two Royal Navy ships set sail with every expectation of success in May of 1845. Subsequent expeditions that searched for the missing ships uncovered stories and relics.

Then, in September 2014, came news that stunned the world: Canada's Victoria Strait Expedition had discovered the wreck of H. This scientific breakthrough raises the possibility that new evidence could help solve some of the lingering mysteries surrounding the lost expedition and its final days. What really happened to the Franklin expedition? In its Lost Ships in Canadian Waters series, the Royal Canadian Mint commemorates this famously ill-fated voyage with a coin that depicts Franklin's ships before they were lost to the ice and cold waters of the Canadian North. EDGE LETTERING : Each coin includes edge lettering bearing the names H.

This coin is the second in the Lost Ships in Canadian Waters series. This series commemorates well-known vessels lost in Canadian waters, and the stories that have emerged from the events surrounding their final fate. This coin serves as a unique commemoration of the ill-fated Franklin expedition and its importance to the scientific exploration of Canada's Arctic region. A stunning color portrait of H. Terror framed within the coastlines where the ships were abandoned in 1848.

This coin is also a poignant reminder of the 2014 discovery of H. Erebus by a Parks Canada -led expedition. A truly historic moment for Canada, the find has added a new chapter to a story that has captivated so many, and may finally offer answers to the enduring questions that surround the expedition's demise.

For our Canadian customers, this coin is GST/HST exempt. The reverse design features Canadian marine artist John Horton's depiction of the Franklin expedition's H. Erebus, in the foreground, with H.

Edging their way through ice-filled waters, the three-masted wooden vessels are seen traveling at a reduced speed under shortened canvas. The cool color palette recreates the blue hues of the sky in daylight and the darker, icy waters of the Arctic. This stunning portrait situates the ships off of the northwest coast of King William Island, providing geographical context for their location when first deserted in 1848.

Edge lettering, bearing the names H. EREBUS, further commemorates the two vessels and the 129 men who were lost.

Terror were converted bomb vessels that had been outfitted for a previous voyage to Antarctica. There, the southernmost active volcano on Earth was named after the Erebus - as was a crater on Mars. Lady Jane Franklin spent much of her fortune financing attempts to search for her husband and his crew. Resolute was part of an unsuccessful search for the Franklin expedition, and became one of four ships to be abandoned in the ice in 1853. Recovered by an American whaler, its timbers were re-used to create two famous desks, including the Resolute Desk , which has been used by several presidents of the United States. The Resolute Desk was featured in the blockbuster, National Treasure motion picture. Franklin's expedition may have been ill-fated, but his intended route south of Victoria Island was used in 1906 by Roald Amundsen during his successful transit of the Northwest Passage. Sir John Franklin and his crew set sail from Greenhithe, England on May 19, 1845 with instructions to sail from the Atlantic Ocean to the Pacific Ocean via the Northwest Passage. Terror were reinforced, equipped, and well-stocked for this expedition, which initially looked promising. They were last seen by Europeans in Baffin Bay in the summer of 1845. With no news from the 129 men and no confirmed sightings of the ships by 1848, the British government offered a substantial reward for information on the Franklin expedition's fate. This inaugurated one of the greatest search and rescue operations in history, marking an unprecedented period of exploration as vast areas of the Canadian Arctic were charted.

The first clues to the expedition's whereabouts were finally found in 1850 when searchers located Franklin's 1845-46 overwintering site at Beechey Island. There they observed hundreds of empty food tins and.

But as the search continued, Inuit testimony and the discovery of additional expedition-related materials revealed that the crew had all perished in the vicinity of King William Island. The recovery in 1859 of a record in a cairn on King William Island's west coast would offer the only written confirmation of the expedition's demise. This message reported that both ships had become icebound in 1846 in Victoria Strait and that Sir John Franklin had died on June 11, 1847. By the time the ships were abandoned on April 22, 1848, 20 additional officers and men had also perished; the expedition's final word was that the 105 survivors intended to head for the Great Fish River (now known as the Back River) - but neither the men nor the ships would be seen again, at least by Europeans, until H. Erebus was identified in 2014 by Parks Canada.

The story of the Franklin expedition has continued to captivate, often blurring fact and fiction. Theories abound about the last days for many of the 129 men lost, including the roles played by lead poisoning, scurvy, starvation, and cannibalism. But recent discoveries may in time shed new light on some of these theories. In the meantime, interest in H.

Terror remains high, spurred by those who seek to solve one of the world's most famous maritime mysteries while revisiting a piece of Canada's national narrative. Each coin is encapsulated and presented in a Royal Canadian Mint-branded maroon clamshell protected by a graphic beauty box. Check out my other items.

Be sure to add me to your favorites list. Unsearched All of the coins offered in this listing are unsearched. Many coin dealers search all coins when they are received from the Mint. They "cherry-pick" the best coins.

We often include proof coin photos with the coin slightly tilted to better depict the mirror bright surfaces. However, tilting the coin may resulting one side being slightly out of focus.

We will honor your requests for additional photos as quickly as our schedule permits. The item "Canada 2015 $20 Lost Ships in Canadian Waters Franklin's Lost Expedition Silver" is in sale since Tuesday, August 11, 2015. This item is in the category "Coins & Paper Money\Coins\ Canada\Commemorative". The seller is "okranchlandandcattlecompany" and is located in Lewisville, Texas.