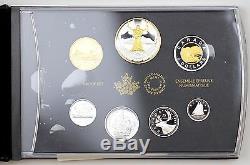 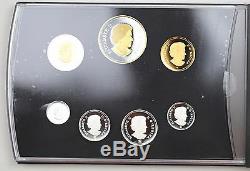 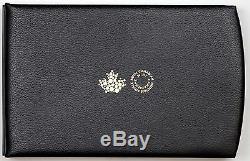 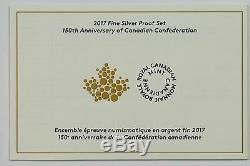 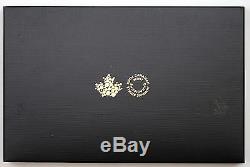 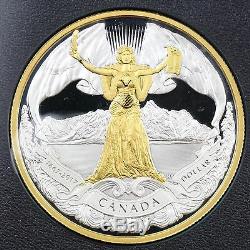 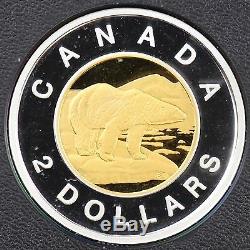 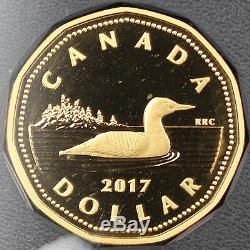 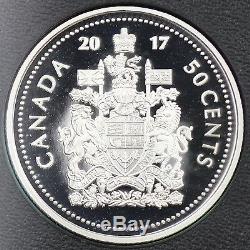 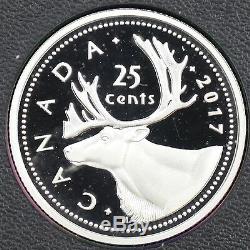 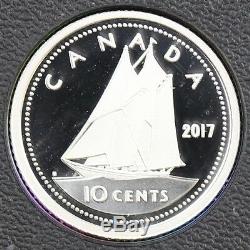 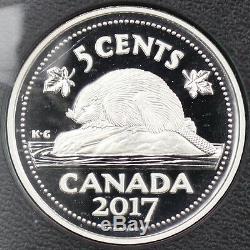 All coins offered in this listing are unsearched! All of our Canadian coins are stored in a climate controlled, smoke-free vault.

All of our Canadian coins are acquired directly from the Royal Canadian Mint - We do not sell'second-hand' coins from unreliable and potentially fraudulent/counterfeit sources. Composition Each coin is struck in 99.99% pure silver. Finish proof, with selective pure gold plating on the silver dollar, 1 dollar, & 2 dollar coins. Weight (g) 63.17 (total for all 7 coins).

Where words can't do justice, these symbols carry deep meaning by embodying the strengths, ideals and virtues of a nation and its people. This tradition is at the heart of this year's commemorative silver design, which offers a bold, modern take on a classic idea. Strongly uplifting, the beautifully engraved 150th Anniversary of Canadian Confederation coin is rich with symbolism that celebrates the story of Canada, and alludes to Canadians ability to come together and rise to the challenges they face yesterday, today, and tomorrow. Don't miss this limited-time opportunity to own these classic coins in 2017! Each pure silver proof set features include. THE CRÈME DE LA CRÈME OF COLLECTOR SETS! The 99.99% pure silver proof dollar with stunning gold plating makes this the crème de la crème of collector sets! AVAILABLE EXCLUSIVELY IN THIS SET!

The proof coin is the highest quality possible. Finished with world-class frosting, the image is struck against a brilliant field as many as three times to achieve a crisp impression with outstanding detail. Special dies are hand polished and frequently replaced to maintain absolute perfection, while selective gold plating enhances the coin's focal point, Canada, by adding definition to the detailed frosting. Canada's classic circulation coin designs will not be placed in circulation during this milestone year the pure silver proof set is a limited opportunity to own these classic coins (polar bear, Canada's Coat of Arms, caribou, Bluenose, beaver) in 2017. Proof dollar struck in 99.99% pure silver with selective gold plating!

Half-dollar coins are no longer placed in circulation. The silver dollar proof coin is among the Mints BEST SELLERS EVERY YEAR since 1937!

Each year, the proof dollar is one of the most sought-after coins issued by the Royal Canadian Mint. This coin is a continuation of a proud tradition that carries added meaning in 2017, as Canada celebrates 150 years. The coin features a classic allegory, but is representative of Canada in today's world.

Rich in symbolism, every element of the design is representative of our story as a nation. INCLUDES SERIALIZED CERTIFICATE: The Royal Canadian Mint certifies all of its collector coins. Most of these are serialized certifications, meaning that each certificate is given a unique number, starting at 1. For our Canadian customers, this silver proof coin set is GST/HST exempt with a limited worldwide mintage.

Beautifully presented in a genuine leather book-style that offers an elegant way to proudly showcase this set. Designed by Canadian artist Rebecca Yanovskaya, the silver dollar coin features a contemporary take on a classic female allegory that personifies Canada on its 150th anniversary.

Every element in this complex design represents a different political, historic, geographic, and social aspect it represents Canadas story as a nation, all conveyed by the intricate engraving and careful use of multiple finishes. In the foreground, Canada rises up strong, majestic and bold; she bears a youthful appearance, given Canada's status as a relatively young nation. Canada is the picture of grace and a vision of strength in her protective armor; and yet, she carries no weapon a symbolic nod to Canada's historic peacekeeping role, and Canadas efforts to bring peace throughout the world. Her brow is wreathed with a glorious garland of poppies, much as the lyrics to O Canada affirm in French.

Facing out as though looking to the future, Canada's gaze is calm and steady while her arms are open wide, ready to embrace what challenges and triumphs lie ahead. In one hand is a symbolic representation of the British North America Act, which represents the birth of the Dominion of Canada 150 years ago.

In the other hand is a single feather that pays tribute to those who helped forge our nation's path: the First Nations peoples and the Fathers of Confederation. A fur cape is a further reminder of First Nations traditions, as well as the importance of the fur trade in Canada's early history. Thirteen rays of light one for each province and territory shine down upon Miss Canada, while the waves at her feet represent the oceans that surround Canada. The Canadian banners link air, land and sea while in the background, Mount Logan (Canada's tallest peak) represents the diversity of the land, and alludes to the ability of Canadians to "rise" to the challenges they face yesterday, today, and tomorrow. Each set includes a numbered certificate with detailed coin specifications providing proof of ownership for this low mintage premium proof set and evidence that each coin has been individually inspected by the Royal Canadian Mints resident quality assurance specialists. Each pure silver proof set comes in elegant genuine leather book-style packaging that complements these beautiful coins. The 2017 pure silver proof set is a unique opportunity to own a selectively enhanced proof dollar alongside Canada's classic coinage (which will not be placed in circulation during this milestone year). Unsearched All of the coins offered in this listing are unsearched. Many coin dealers search all coins when they are received from the Mint. They "cherry-pick" the best coins. Then submit them to be graded, certified, and slabbed by PCGS, NGC, ANACS, etc. When a dealer searches coins, those that they sell in original Mint packaging are only lesser quality coins. When a listing offers multiples of the same coin, one coin is picked at random and photographed. Since all coins offered in that listing are essentially identical, the coin photographed is representative of all coins offered. Surface areas that appear black on some proof coin photos are actually highly polished, mirror-bright metal reflecting the color of the camera. We often include proof coin photos with the coin slightly tilted to better depict the mirror bright surfaces.

However, tilting the coin may resulting one side being slightly out of focus. Whenever possible, we use actual photos of our coins, rather than just stock artwork from the Mint. We frequently update and upgrade the photos that appear with our listings, using improved cameras and lenses and better lighting.

We will honor your requests for additional photos as quickly as our schedule permits. The item "Canada 2017 Pure Silver Proof Set 150th Anniversary of Canadian Confederation" is in sale since Saturday, March 25, 2017. This item is in the category "Coins & Paper Money\Coins\ Canada\Proof/Prooflike Sets". The seller is "okranchlandandcattlecompany" and is located in Lewisville, Texas.